Experimental Aetherometry, Volume 3: The Orgone Motor and the Aether Motor 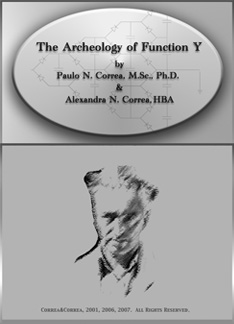 The present communication is the first of a series where the authors rediscover and reconstruct the steps Reich will likely have taken to discover his Orgone Motor. Beginning by building upon successive modifications of the thyratron pulse amplifier of the Herbach & Rademan CMB-3A GM scaler, the authors succeed in driving AC induction motors (drag-cup and squirrel cage) from the final distillation of the said circuit. This is accomplished by employing diverse thyratron inputs - a signal generator, a PAGD generator, a TRD pulse generator - or by driving it directly from a simple antenna (ie without any intermediate plasma pulsation, which we take to mean without a parallel plate tube operating, autogenously or not, in either the pulsed TRD or AGD regimes) designed to pick up ground-transmitted dampened wave (DW) impulses from a Tesla coil.

The first part of the present communication demonstrates, therefore, how - from comparable inputs - Reich could have efficiently run an AC induction motor from the output of a modified CMB-3A pulse amplifier circuit.

In the second part we reconstruct what we believe is the archaeology of the Function Y whose secret Reich took to his grave, but which he and others described as being critical for the operation of the Orgone Motor. We believe that this Function Y corresponded to a thermionic full-wave divider of the Delon, Greinacker and Latour circuit, but applied, as it has been in the last decade, in the manner of a dual diode sensor circuit in RF power meters. The principle has long existed for AM loopstick antenna circuits, and can be regarded as the preferred method for full-wave rectification.

We then proceed to a comparison of our experimentation with diverse couplings designed to tap the power output by Tesla coils. We examine (1) direct electric motor couplings, (2) indirect electromagnet motor couplings, (3) FunctionY or full-wave-divider circuits and (4) the direct thermionic half-wave rectification circuit.

We conclude that the most efficient circuit is indeed a Y-type one, but also demonstrate that none of these solutions actually tap the massfree electric energy output from a Tesla coil. Even the Y-type circuit only appears to tap the massbound charge flux of the TC secondary. In the follow-up communications, the authors will provide the solution to this apparent impasse of all 4 types of couplings examined herein. 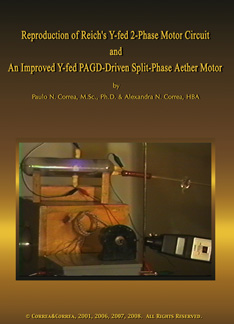 In the present communication, the second in the Volume 3 series of Experimental Aetherometry, we reconstruct the 2-phase motor arrangement employed by W. Reich to drive his unipolar Orgone Motor.

In the process, we reveal the articulation of nearly all the fundamental elements which Reich sought to keep secret for fifty years (until 2007):

- the Tesla method of transmission;

- the Function Y method of reception;

- the employment of plasma pulsers or pulsators operating in diverse plasma discharge regimes and fed by Function Y circuitry; and

- the 2-phase coupling to Reich's Western Electric KS-9154 spinner motor, where the reference phase was driven from a sinusoidal supply and the variable phase coupled synchronously and asynchronously, as it turned out, to the Function Y and plasma pulser circuit.

We begin our investigation by employing a modified thyratron pulse amplifier to drive a split-phase motor, as the thyratron is triggered by plasma pulses in either the Transitional Region Discharge (TRD) or the Abnormal Glow Discharge (AGD) region - without any use of an HV DC supply, that is, by replacing the latter with a Function Y receiver that employs a full-wave divider. And we then proceed to what we believe is a reconstruction of Reich's Orgone Motor, by elimination of unnecessary transmission steps in the receiver circuitry, until the 2-phase arrangement emerges.

Subsequently, we carry out an experimental comparison of this 2-phase Aether Motor circuit to our own split-phase PAGD inverter-motor circuit, with the latter coupled to the Function Y circuitry but working without any input of AC electricity into any of the phases. The results show that our split-phase arrangement performs substantially better than does Reich's 2-phase arrangement. However, neither circuit, by itself, is capable of effectuating a coupling to the massfree electric energy output from a Tesla coil. Solution of this problem will have to wait for a subsequent communication, building upon what we shall learn here. 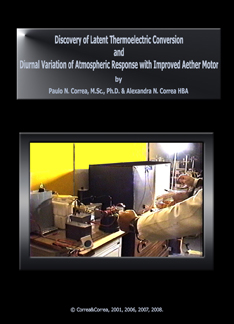 In this communication we present two lines of evidence: one line, rather unexpected, indicates that in the T/R gap of our TC-sourced, doped semi-conductor Y-fed, PAGD split-phase motor drive, there is an anomalous injection of 'latent thermal energy', and that this energy injection can be promoted by increased evacuation of the T/R gap region. The second line demonstrates that a parallel energy injection, of sensible heat, and likely also of latent heat, occurs inside Orgone Accumulators (ORACs), and that this is a phenomenon which is detectable, and can be directly exploited, when ORACs are coupled to our improved Tesla power transmission system and Aether/PAGD Motor drive. A study of the variation of the motor response in the improved overall system employing a specially designed outdoors ORAC (that couples the T/R cavity with an ORAC chamber) confirms that the response varies diurnally with the earth's rotation, and that this pattern is interfered with by cloud-systems associated with Low-Pressure (LP) cells.

We also study how the improved Aether/PAGD split-phase motor drive responds to the superimposition of diverse unipolar sources of energy, confirming that it shares the fundamental properties which Reich associated with the functioning of his 2-phase Orgone Motor circuit(s). This means, in summary, that Aether Motors can be directly driven (1) from any ambipolar transmitters (solar radiation, Tesla coils, living systems), and (2) from the superimposition of two or more receivers, which can variously be special radiation cavities, ORACs, the earth ground, Tesla antennas, etc. All these are coupled via Function Y circuitry. We further identify the operation of Function Y or wave-divider circuits as involving the superimposition of two distinct massfree energy signals, at the Y and X junctions of the Y circuitry. 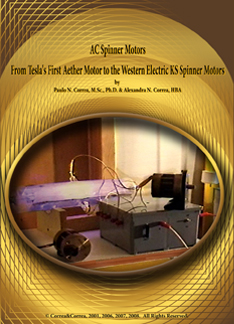 In the present communication, we report the results of our investigation of the archeology of the KS spinner motors employed by Wilhelm Reich in his Orgone Motor circuit. These motors were designed by Bell Telephone Laboratories (BTL) and initially produced by Western Electric Company (WECo), both AT&T subsidiaries. These KS spinner motors are what is called eddy current motors, specifically, smooth sleeve rotor 2-phase servomotors. The history and characteristics of these servomotors, and in particular the KS-8624, KS-8988 and KS-9154 spinners, underline the critical role played by these motors in allied secret magnetron radar development during WWII, as they were employed first in the M4 and M7 gun directors developed by Sperry Corp, and subsequently in the first electronic analog computer - the M-9 gun director, designed by BTL, which was a critical element of the the SCR-584, the first pulsed microwave radar, designed by MIT's Radiation Laboratories for the US Army Signal Corps. In the immediate aftermath of WWII, these same motors continued to be employed in successive electronic analog computers that were part of radar systems employed in missile guidance, as part of the Nike Ajax program.

We trace the origins of the spinner motors back to Tesla's first AC disc motor. Effectively, the latter is shown as having historically constituted the first version of an Aether Motor - Tesla's single-phase arrangement. It then becomes apparent how Reich's departure point for his two-phase OR Motor was Tesla's original arrangement, just as our split-phase modification took as its foundation the reconstruction of Reich's research path.